Silence In a Secret Language Silence In a Secret Language

Brian Merriam on his series, Silence In a Secret Language
“I'm drawn to powerful places. places with rich spiritual traditions. Nepal as a whole is an amazing mix of so many of these traditions, whose lineages go back hundreds if not thousand of years. The villages of Nar and Phu are probably in the vicinity of 1000 years old, have a population of a few hundred people each and have only been open to westerners since 2002. They're literal bastions of Tibetan Buddhism and B'on, the pre buddhist shamanistic tradition of the region. It's just an unbelievable privilege to be able to bear witness to something so ancient and powerful. My friend and I were the only outsiders in the village of Phu. We visited the 700 year old Tashi Gompa(monastery) twice, once in the morning and again in the evening, as it's perched on a rock escarpment maybe 1000 feet above the village and also made for a great sunset vantage. After sunset the Lama of the monastery welcomed us in for a tour and for an hour of friendly discussion in his bedroom while he made us cups of Sanka coffee as we sat on a mat on the floor, our backs against an ancient wall with large crack running floor to ceiling, a remnant of the 2015 earthquake that ravaged much of the nation.” 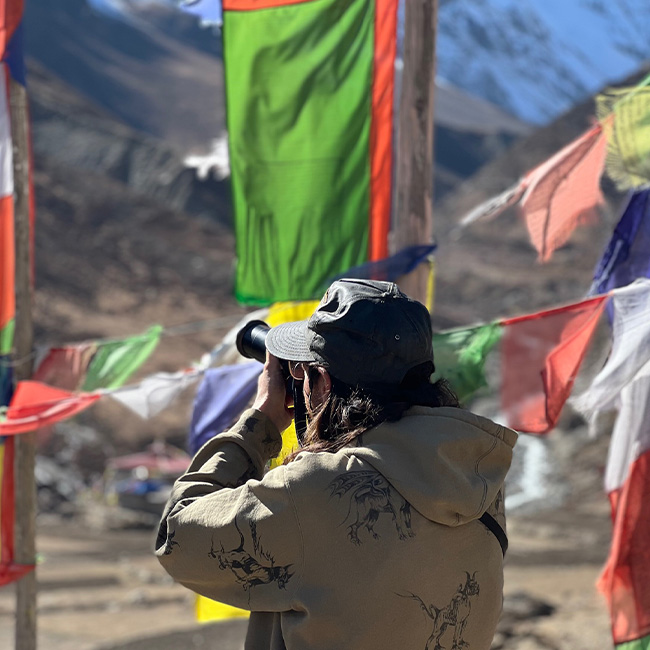 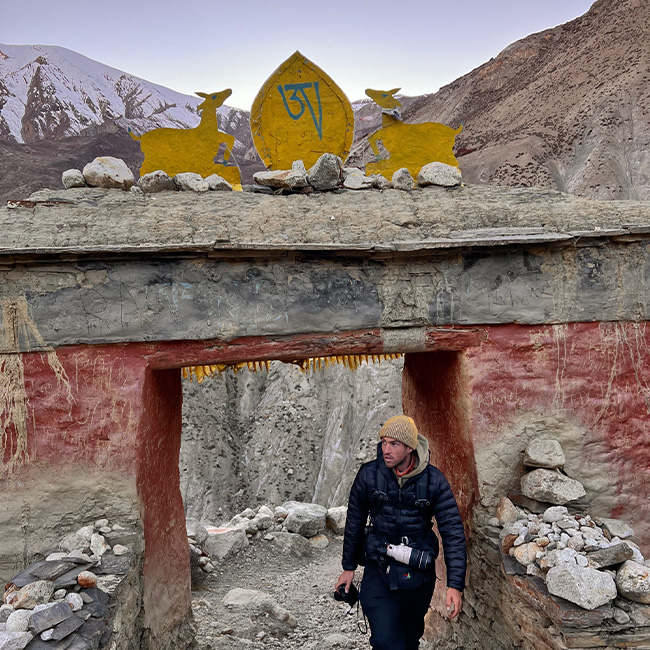 “28 days in Nepal with 17 days hiking in the Himalayas. All of my trips to Nepal have been physically demanding but this was by far the most arduous. These pieces are a tiny fraction of what I shot over that time period, but each piece represents a different morning or evening.” 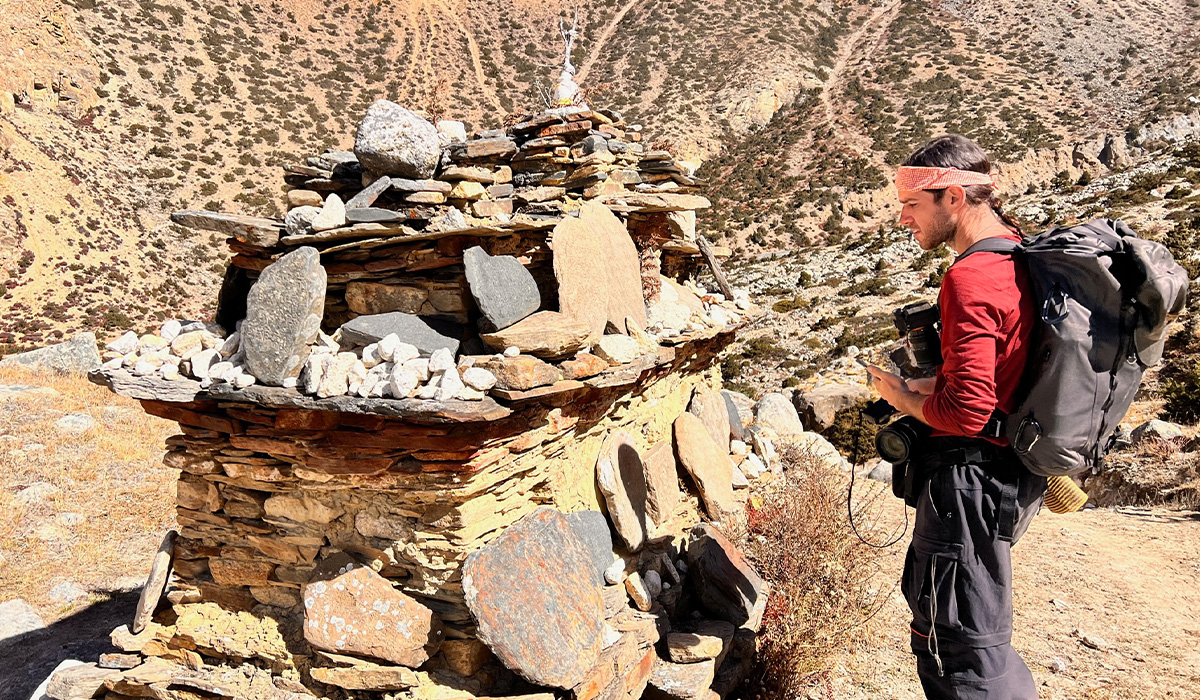 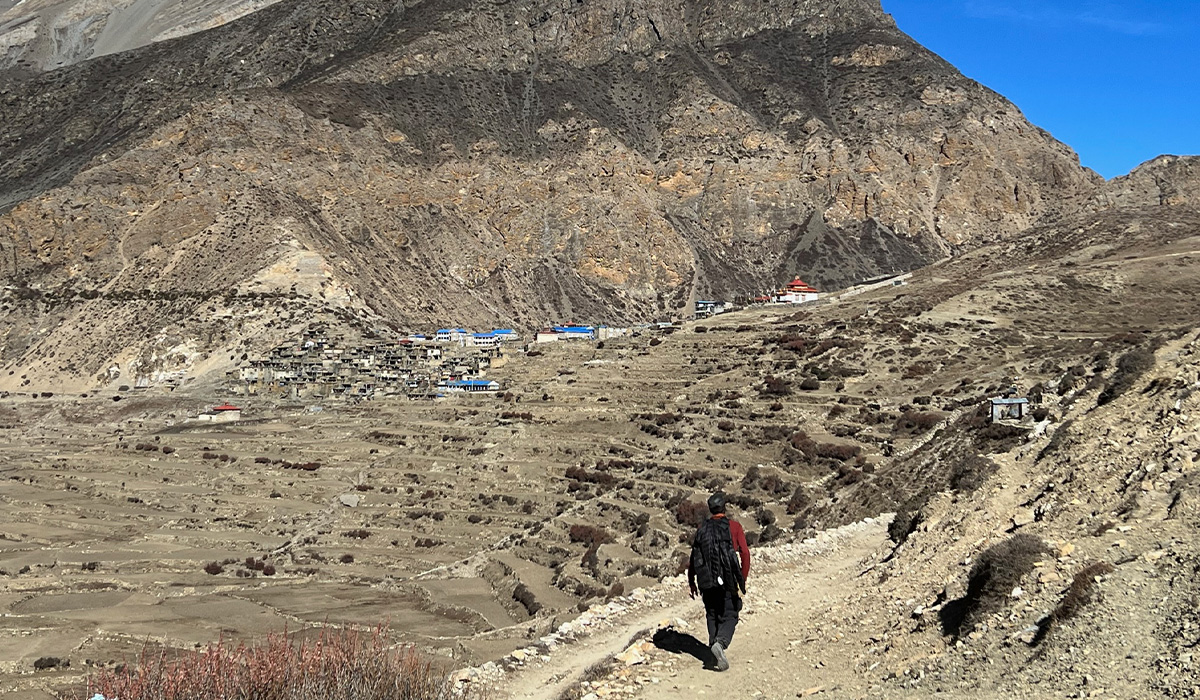 “Mystery is powerful and so are these places.” 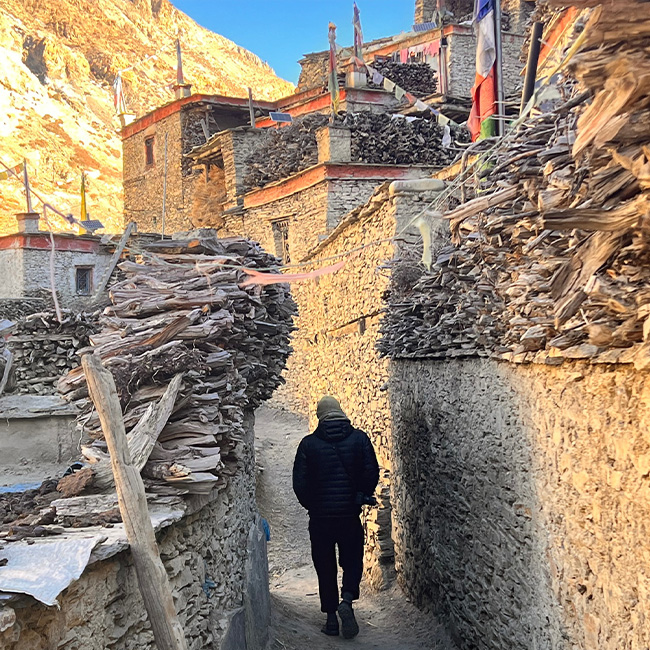 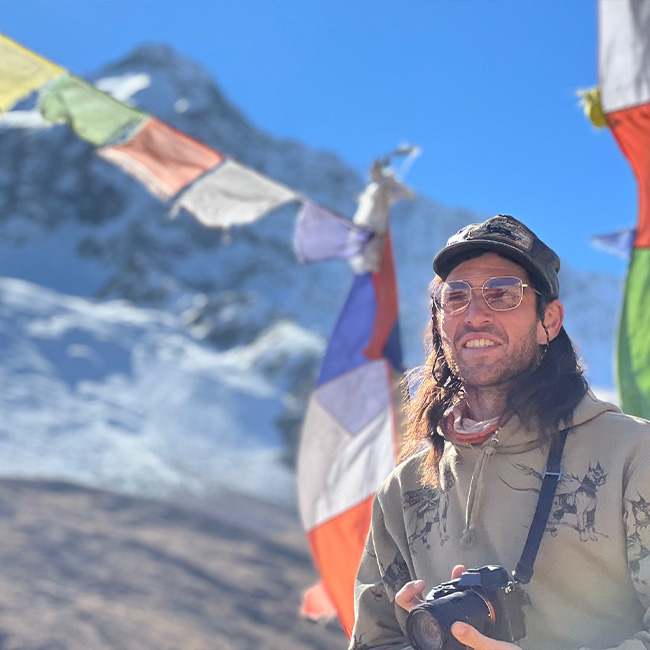 Silence in a Secret Language 1 Silence in a Secret Language 2 Silence in a Secret Language 3

If you would like assistance to growing your own art collection, our expert advisory team is here to help.

Reach out to them for a personal consultation here.